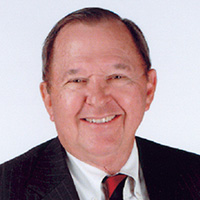 Bill Gatton Motors
Bill Gatton graduated with a Bachelor’s degree from the University of Kentucky in 1954. He started a de novo Volkswagen agency in Owensboro in 1959. In 1975, he and four of his friends purchased the Owensboro National Bank and formed a one bank holding company. The bank grew from a bank with one hundred million dollars in assets to seventeen banks with three billion dollars in assets by the time it was sold to BB&T in 2001. He has also owned and operated as many as twelve automobile dealerships in Tennessee, Texas and Alabama.
Back to Inductees