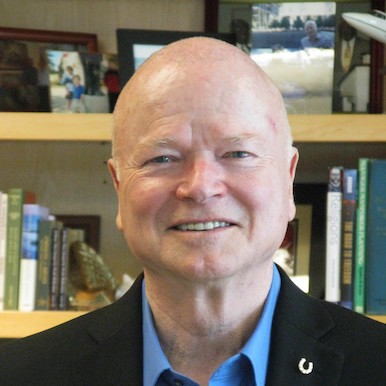 Mr. Turner has served on the boards of a number of civic and charitable organizations, including the Easter Seal Society of Tennessee, Inc., Fisk University, the PENCIL Foundation and the YMCA of Middle Tennessee. From 2000 – 2001 he was president of the Board of Governors of the Nashville Area Chamber of Commerce. He has served as Chairman of the YMCA of Middle Tennessee and Lindsey Wilson College in Columbia, Kentucky and he is currently trustee emeritus of Vanderbilt University after serving on the Vanderbilt Board of Trust for 17 years.

In 1988, Mr. Turner accepted the Presidential Award for Private Sector Initiatives from President Ronald Regan at a White House ceremony. In 1991, the Sales and Marketing Executives of Nashville recognized Mr. Turner with the Summit Award for his excellence in management. He received the Silver Hope Chest Award in 1992, an honor presented annually by the Middle Tennessee chapter of the National Multiple Sclerosis Society. In 1994, he was honored as Nashvillian of the Year by the Easter Seal Society of Tennessee. In 1997, he received the Alexis de Tocqueville Society Volunteer of the Year Award from the United Way of Middle Tennessee, and, in 1998, he received the Vanderbilt Distinguished Alumnus Award. In 2002, Meharry Medical College presented Mr. Turner with the school’s prestigious Salt Wagon Award, given for acts of kindness and commitment to Meharry Medical College and its mission.

Cal Turner, Jr.’s commitment to the Methodist Church has been a lifelong personal ministry of faith. The Tennessee Conference of the United Methodist Church inducted Mr. Turner into the Fellows of the Society of John Wesley in 2001, for distinguished service to local church mission and ministry. In 2002, Mr. Turner was awarded the Stanley S. Kresge Award by the United Methodist Higher Education Foundation for his commitment to higher education.

Cal and his wife, Margaret (deceased), celebrated 50 years of marriage on March 1, 2019 prior to her death on October 26, 2019. Their son, Cal Turner, III, is the father of Cal Turner, IV, Alex Turner and Will Turner.

Mr. Turner chronicled the history of the Turner family and Dollar General in his book, “My Father’s Business” published by Hachette in 2018. He is profoundly honored to be inducted into the Kentucky Entrepreneur Hall of Fame with his father, whom he has always credited as being “The Real Cal Turner!”
Back to Inductees