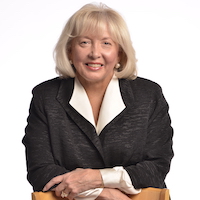 Scoppechio
In 1987, after 15 years in the ad business, Debbie Scoppechio decided to take her considerable energy, vision and determination to create her own advertising agency. Since then, the agency she founded as Creative Alliance, now known as Scoppechio, has grown from a three-person creative shop to a Top 100 national independent agency. The place is infused with an energy that, by everyone’s account, emanates from the top. People use words like “driven,” “passionate” and “accomplished” to describe Scoppechio’s founder. In the same sentence, they use words like “integrity” and “service.” Debbie attributed the success of the agency to its blend of “the very best talent” with a dogged commitment to its clients’ businesses.Debbie’s highly profiled business achievements earned her numerous honors, including Top Kentucky Woman Business Owner of the Year; the second woman inducted into the Kentucky Business Hall of Fame; Business Leader of the Year (Small Businesses) from Business First; Heart of the Community Award from Women 4 Women; Entrepreneur of the Year from the Kentucky Small Business Development Center, and an Entrepreneurial Excellence award from Working Woman magazine, among many other prestigious awards.
Back to Inductees