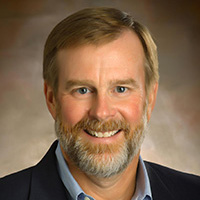 Chrysalis Ventures
A life-long entrepreneur, Douglas F. Cobb’s early days of entrepreneurship involved founding The Cobb Group, which was the world’s leading publisher of newsletters for personal computer users. At its peak, The Cobb Group exceeded $20 million in annual revenues and employed over 150 people. The company was successfully sold to Ziff Communications Company in 1991 for 200 times the return for its founding investors. After successfully selling The Cobb Group, Cobb co-founded Chrysalis Ventures, a $10 million, Louisville-based venture capital fund. As of 2017, Chrysalis has invested in over 65 companies, primarily in healthcare and technology sectors. In 2000, Cobb was recruited as CEO of Appriss. His arrival spurred growth in an equity capital raise at a rate of $14 million. Before retiring as CEO in 2010, he designed the company’s recurring revenue business model, which amounted to an excess of $50 million. Cobb remains on the company’s board today. Currently, Cobb serves as Entrepreneur in Residence with Chrysalis Ventures and on the boards of several companies, including CompleteSet LLC and EDJ Analytics. He is a three-time Inc. 500 CEO and a three-time Kentucky Entrepreneur of the Year.
Back to Inductees