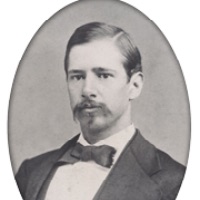 George Garvin Brown was born in Munfordville, Kentucky, in 1846. In 1870, George teamed up with his half brother, John Thompson Street Brown Jr., to launch J. T. S. Brown and Brothers Co. producing bourbon whiskey. Brown later partnered with George Forman and in 1890 the company adopted its current name, Brown-Forman. George Brown became known for his innovations in the whiskey industry and his product's excellent reputation. George Brown’s son, Owsley Brown, took over for his father after his death.Brown-Forman steadily grew to become one of the largest wine and spirits companies in the world, which it remains today. Brown-Forman employs more than 4,600 people worldwide with about 1,300 located in Louisville.