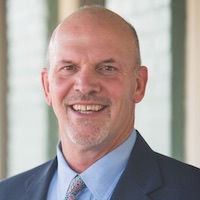 Jess is Chairman and Chief Executive Officer of UTG, an insurance company headquartered in Stanford, Kentucky. He is on the boards of Friends of the Good Samaritans, National Christian Foundation and the Centre College Board of Trustees. Jess is also a deacon at Grace Presbyterian Church.

Jess is a seventh generation Kentuckian and lives on a farm in Central Kentucky where he practices sustainable farming in partnership with his son. He is co-owner of the Bluebird, a farm-to-table restaurant in Stanford and along with his wife, has won several awards for historic preservation efforts in the historic town of Stanford.

A native of Somerset, Ky., Jess attended Asbury College. He is married to Angela Crouch Correll and they have three children and five grandchildren.
Back to Inductees