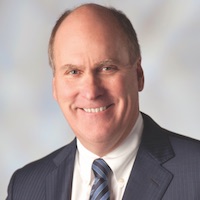 A native of Hazard, Kentucky, Mr. Craft holds a Bachelor of Science degree in Accounting and a Juris Doctorate degree from the University of Kentucky. He is also a graduate of the Senior Executive Program of the Alfred P. Sloan School of Management at Massachusetts Institute of Technology.

Throughout his career, Mr. Craft has served in many industry and community leadership positions. He currently serves as a director of BOK Financial Corporation, a director and chairman of the Kentucky Chamber of Commerce, a director and executive committee member of the U.S. Chamber of Commerce, a member of the National Coal Council Chair’s Leadership Council, and is a past chairman of the American Coalition for Clean Coal Electricity.
Back to Inductees