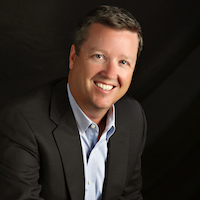 Appriss Inc
Michael Davis is a co-founder and CEO of Appriss, a Louisville based technology business focused on its mission of creating “Knowledge for Good.” As a lifelong entrepreneur, Davis and his partner Yung Nguyen launched Appriss by inventing VINE, the nation’s first automated victim notification service. Today, VINE is used throughout the country keeping millions of crime victims safe and informed. Over the last decade, Davis has led Appriss’ transformation into an international data and analytics business focused on safety, risk, and fraud across multiple markets. The company has grown by taking on complex national challenges faced by law enforcement, exposing fraud across multiple markets, and addressing the nation’s challenges with drug diversion and addiction. Appriss is the only Kentucky company to make the list of our state’s “50 fastest-growing private companies” for 20 years in a row. In 2019, Appriss was valued in a market transaction at just under $1.3B making it one of Kentucky’s few privately held startup tech companies to achieve $1B in market valuation, which qualifies it as a Forbes magazine “Unicorn.” Davis is a two-time winner of the Ernst and Young Entrepreneur of the Year award.
Back to Inductees