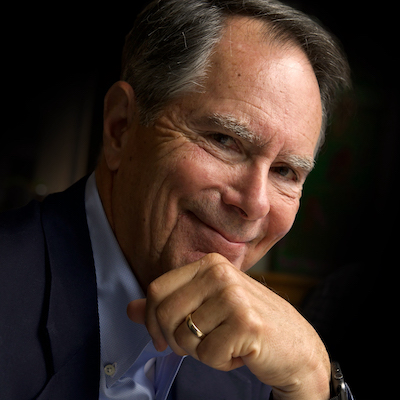 Patrick R. Lancaster, III, is Chairman and Co-founder of Lantech, a manufacturer of secondary packaging equipment. In the early 1970’s, Pat and his brother, Bill, saw the potential for industrial machinery that could wrap pallet loads of goods at greater savings and stability than the existing technology could provide. Starting in a 1,600 square foot warehouse and only $3000, the brothers began designing and selling stretch wrap equipment.

Since that time, Pat has continually led the stretch wrap industry with his innovations. He is the named inventor on over 150 patents worldwide, including the basic stretch wrapper, resulting in over 4 billion loads shipped annually benefiting from Lantech innovations.

Just as the innovator in equipment technology, in 1992 Pat led the way for Lantech’s cutting-edge lean transformation. Anticipating increased demand for products “with a lean edge,” the lean principles continue to be applied to the development of innovations in all of Lantech’s product offerings, business areas and operations.

In 1995 Pat stepped down as President, passing that title onto his son Jim, and has remained in a “chief inventor” role ever since. Today, Lantech manufactures equipment in the U.S. and the Netherlands and employs over 600 employees worldwide.