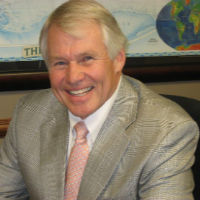 The son of a Jenkins, KY coal miner, Phil Greer was a scholarship football player for the University of Kentucky. He graduated with a B.A. in Health, Physical Education and Recreation. In the 1980s, Greer partnered with Craig Dunn to form Dunn Greer Realtors and shortly thereafter Greer Companies was born. In 1989, Greer dove into the restaurant industry by opening his first Shoney’s, followed by a Fazoli’s in ‘94, and his first Cheddar’s in ‘96. In 2002 his son, Lee, joined the company. They employ over 6,500 people and generate over $200 million in annual sales.