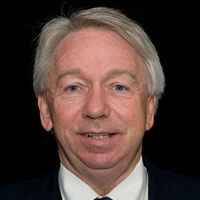 ResCare
Ronald Geary graduated from the University of Kentucky in 1969. After founding an accounting firm, partnering in a law firm, 5 years of government work, and serving as president of the Cincinnati bible college and seminary, Geary joined ResCare in 1989 and took the company public in 1992. Under his leadership, the company grew from 6 states to 36 states, and has been named Forbes Magazine's best small companies in America four times. After 16 years as president and CEO of ResCare, Geary is now president and owner of Ellis Park Race Track in Henderson, Kentucky.
Back to Inductees